The late June sunshine that we had all hoped for this morning was nowhere to be seen and as the clock ticked down to the 8.30am start time the heavens seemed to be enacting some kind of revenge. The rain made life harder for some than for others: everybody was frantically wiping their windows and jacking up the blowers to full, but for Les and Dee Searle – whose magnificent Lagonda gives you nowhere to hide from the elements – the only protection came in the form of a pair of goggles and some slightly ineffectual looking headgear. 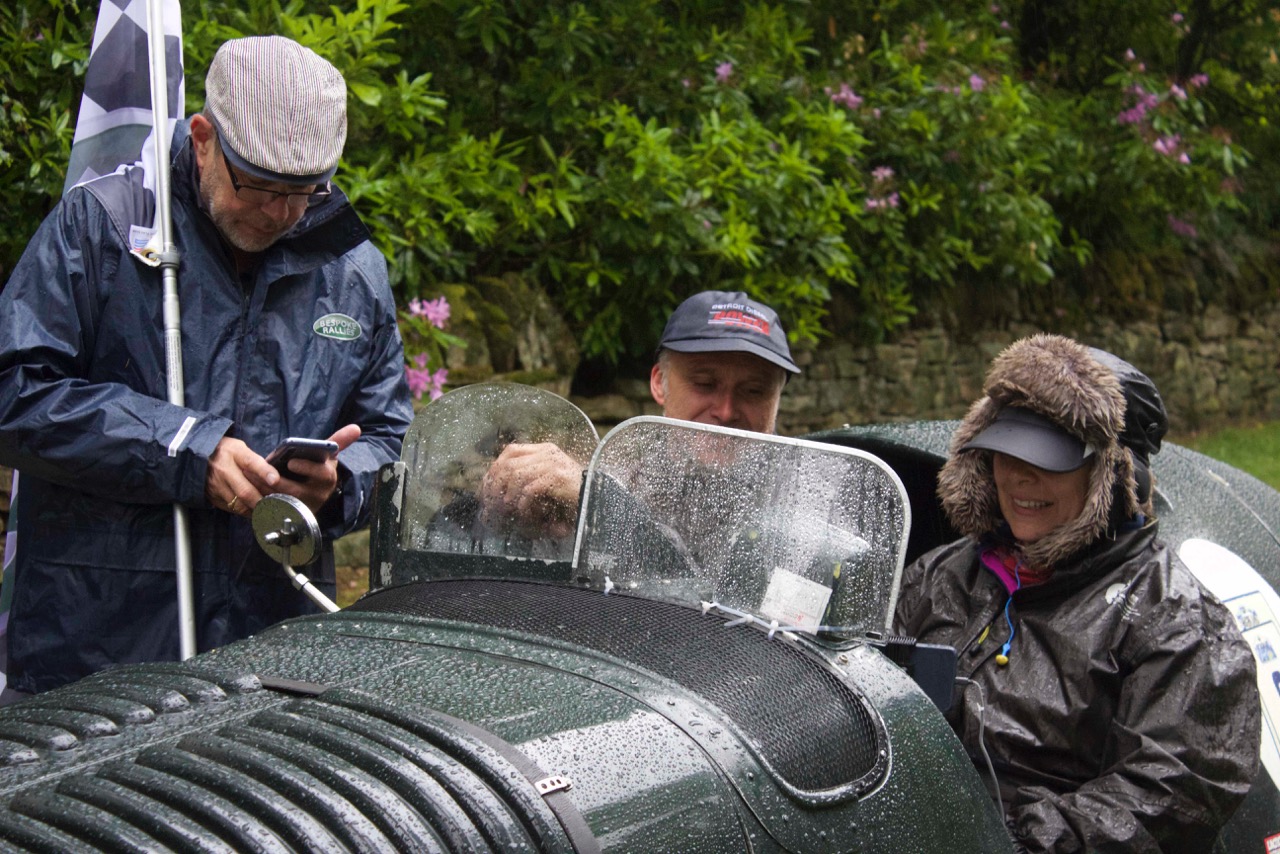 But unabashed, everyone put their foot to the floor and under a slightly damp flag we all headed off through the spray into border country.  The morning wasn’t without its casualties. Edmund and Sara’s Mini abruptly lost power when they grounded on a particularly deep pothole on the way down into Hexham, while Russell and Dolores’ Aston Martin suffered from brake light failure. But the mechanics made sure they were both on their way before too long.

Thankfully the weather soon took a turn for the better and the further we headed northwards the lighter the rain became so that by the time we’d reached Hadrian’s Wall, it had stopped entirely. The wall itself is a funny thing – built to keep the Picts and Scots from raiding Roman Britain to the south you’d expect something a bit more imposing, but the it still cuts an arresting sight as carves its way across the landscape. Shortly after crossing the line of the wall, we came across the extraordinary site of a vintage Romany caravan parked up in a field with two horses – Jack and Shadow, we were told – grazing around it. Their owner Don, has spent his life traveling across the north east of England working from farm to farm. 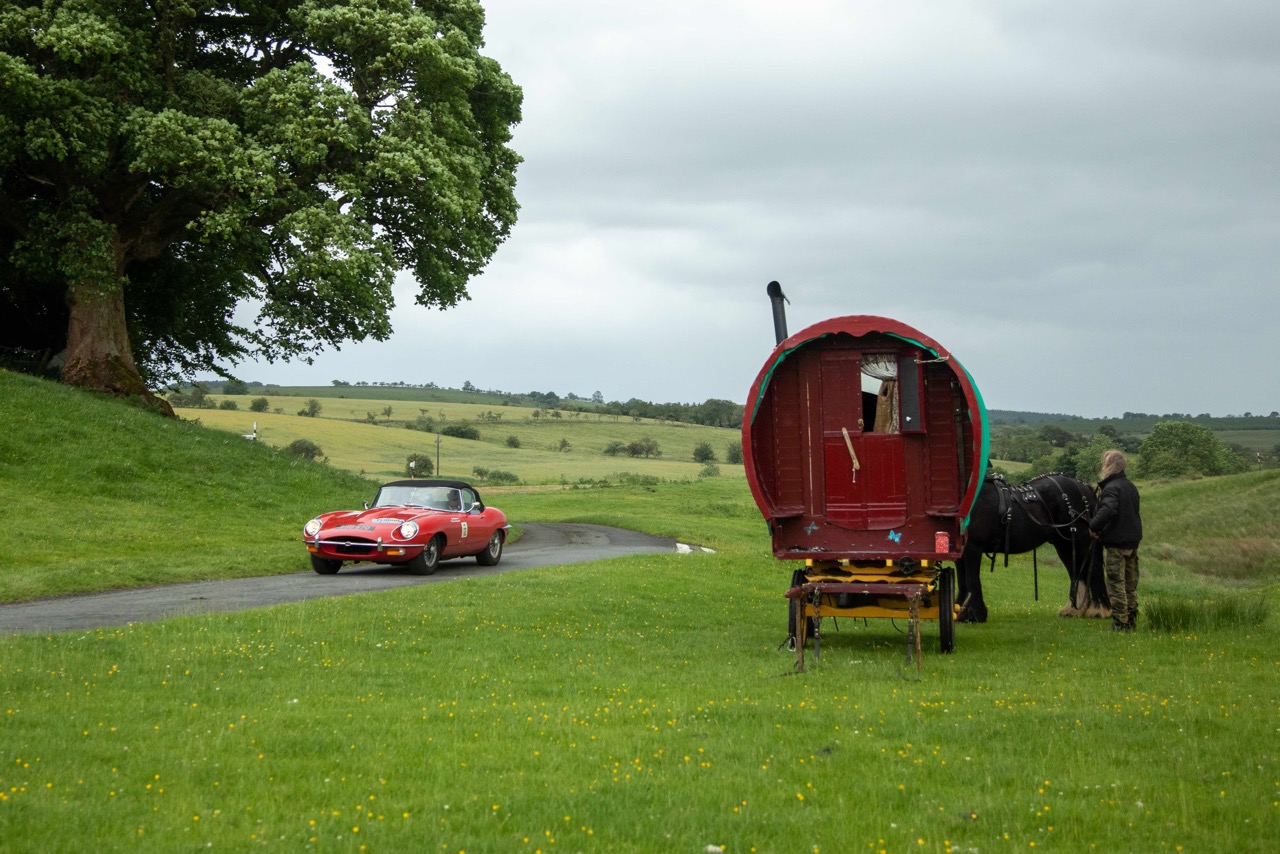 Before long we were over the border in Scotland where the landscape fell into two main categories: first there was the lambing country with its wide open green fields and hill farms (a number of us had to sit and wait while herds of sheep jostled their way from field to field with an eager sheepdog or two in tow, bossing them about); and second was the timber forests – vast swathes of pine with regular signs of recent felling and huge loads of lumber being towed around by lorries that look ready to topple at any moment. 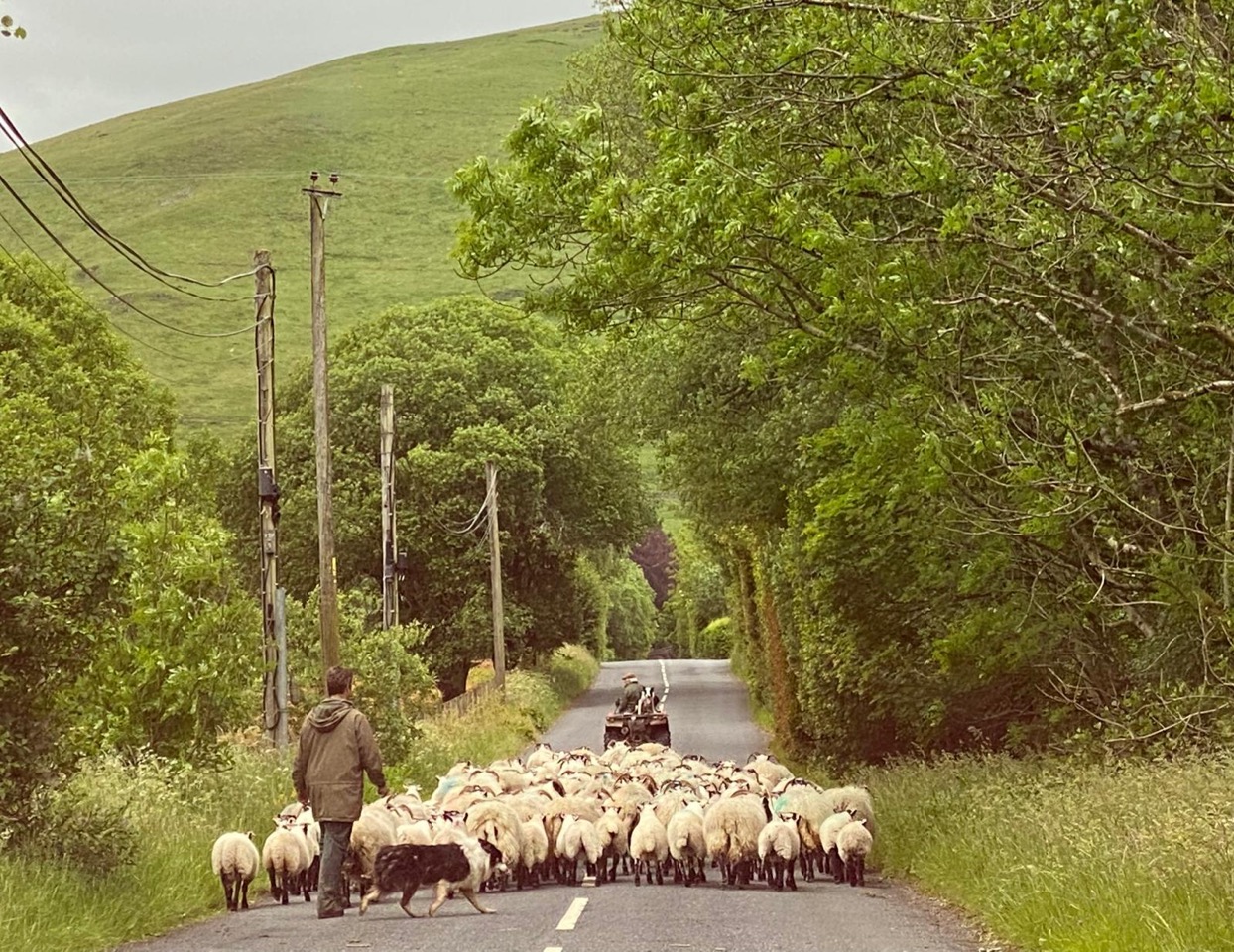 There were a few hairy moments along the way – let’s just say that a certain humpback bridge took a few people by surprise – but no more casualties over the rest of the day. By the time we’d all gathered back at the hotel to rest our tired legs and crunch the results, it was the 1963 Jaguar E-Type of Graham Trapp and Trygve Toraasen that was heading up the timing charts. But it looks like it could go down to the wire, with a good four or five cars still within striking distance… Let’s see what tomorrow brings. 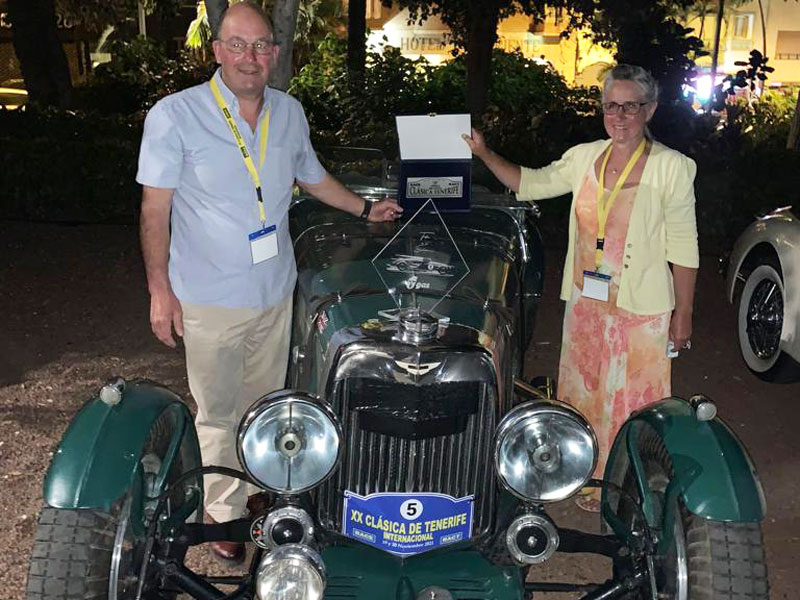